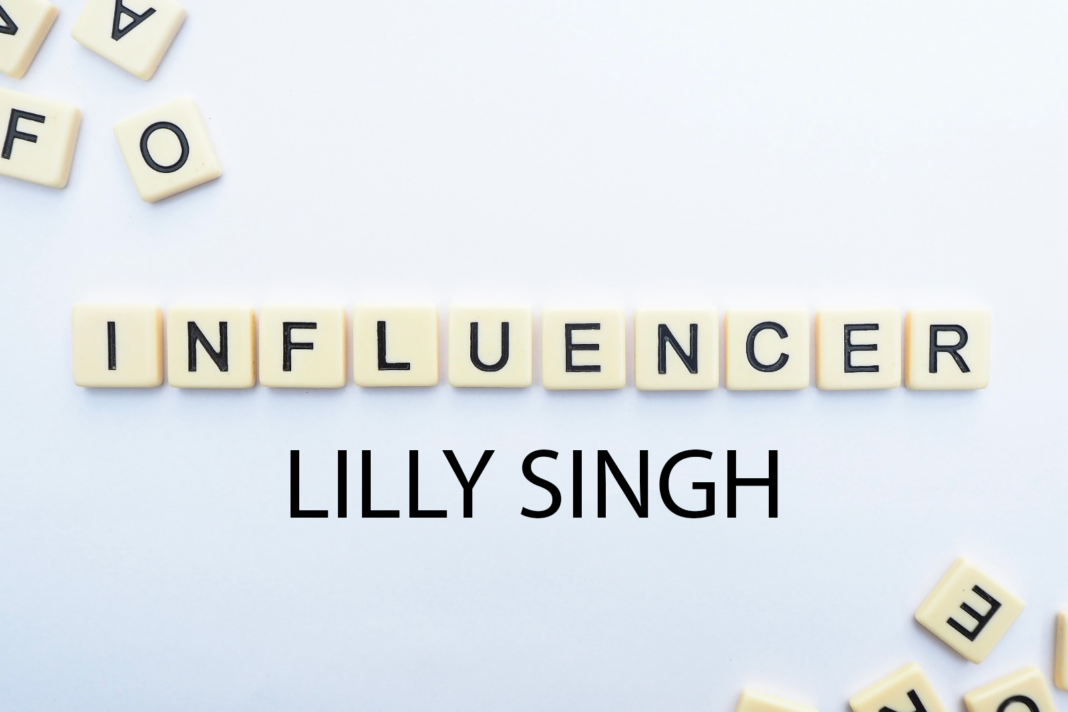 Influencer Lilly Saini Singh, an Indian-origin Canadian YouTuber, comedian, talk show host, and actress, better known as Lilly Singh. She has been a part of the entertainment industry since her YouTube career in 2010, under the famous pseudonym, iiSuperwomanii, and has been actively working ever since. Her parents are immigrants from Punjab, India, who settled in Scarborough, Ontario, where Lilly was born and brought up.

Lilly Singh finished her psychology degree in her last year at university when she discovered that ‘YouTube star was a viable career choice. Although she had always wanted to be a rap artist, performer, and dancer, she lacked confidence and knew where to begin.

Partly, it was a video by Jenna Marbles, an early YouTuber, that helped her get out of her shell. Marbles (real name Jenna Mourey) had filmed herself doing comedy in her bedroom using a laptop and broadcast it to a large audience. Singh could do it if she could.

Singh’s first video, a spoken-word piece about religion and humanity, was deleted because it wasn’t on-brand. Nevertheless, it was viewed 70 times. Singh laughed and said, “That means one or two people didn’t know about me watched it.” “I watched other creators. I began writing scripts. It was all just a way of me making up things as I went.”

32-year-old Singh has had a successful YouTube career by starting with her YouTube channel iiSuperwomanii with over 14.9 million subscribers and later with a vlog channel by the same name with 2.81 million subscribers. In 2019, however, she changed the channel’s name to Lilly Singh, with the vlog channel named Lilly Singh Vlogs. Her video contents are mostly comedy, motivation, rants, and skits collaborating with top celebrities like Dwayne Johnson, Zendaya, Nas Daily, Reese Witherspoon, Hasan Minaj, etc. She has also featured in Maroon 5’s Girls Like You music video that features other famous women like Cardi B, Gal Gadot, Camila Cabello, Millie Bobby Brown. She has participated in many YouTube FanFests and Rewinds, interacted with audiences, and earned several awards for her content on YouTube. These awards include:

Apart from being a longtime YouTuber and comedian, influencer Lilly Singh has also been the host of her talk show A Little Late with Lilly Singh since 2019 that has just recently ended this year, in 2021. In addition, she filmed her first documentary, A Trip to Unicorn Island, in 2016, about her world tour where she held concerts for her fans. Also, she has appeared in different series for cameo roles such as Bad Moms, sung some singles and playback of Mauj Mein Malharein in an Indian movie (Gulaab Gang), and did a voiceover for a character in the upcoming movie Pickles.

Being an active supporter and member of the LGBTQ community and recently bisexual herself, Singh has always voiced her opinions regarding various social issues. She’s been participating in movements such as the one held for George Floyd in Los Angeles, the presidential fundraiser campaign for Joe Biden, being a proud UNICEF ambassador, and leading the campaign “GirlLove” that encourages the woman-to-woman support to stop women from tearing each other down.

Despite struggling with depression and arachnophobia, influencer Lilly Singh has channeled her way out to prove to be one of the most successful YouTuber, especially a female YouTuber. She was ranked in the 30 under 30 list by Forbes twice in 2016 (under Hollywood and Entertainment and Entertainment categories) and Top Influencers 2017, one of the highest-paid and most successful YouTubers since 2015, all with a net worth of $20 million as of June 2021. If you are interested in knowing about other influencers’ net worth, click here.